Committed To Getting The Results You Deserve 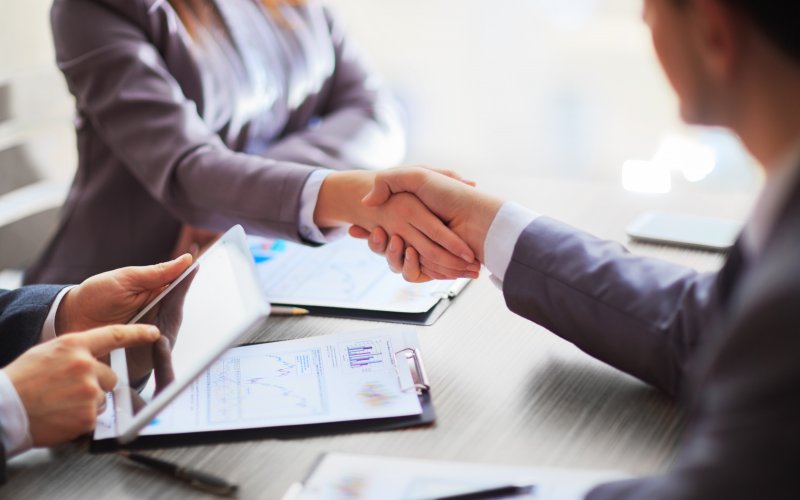 A privately owned and operated portfolio of Hotels, branded under the "Economy Hotel" franchise, that includes vacation rental homes, event facilities and residential housing based in Atlanta, Georgia, USA. Our mission is to provide affordable, convenient and friendly accommodation to all our customers.

Our first acquisition in Atlanta, Georgia. In just a few months, this 127 room property went from being bank owned and out of service to a thriving business.

Business at the Economy Hotel Roswell did so well that, in just a few months, we also acquired Economy Hotel Marietta. This 183 room property offers full kitchenettes and large rooms.

Our first foray into the Decatur, Georgia market. The Hotel was shut down for two years prior to this acquisition. As of 2018, the property boasts a 90% occupancy rate and employs 12 full time employees.

In 2013 we decided to diversify its product offering to include a residential housing division. Our single family residential homes in the metro Atlanta area offer long term monthly stays. We also offer deep discounts for these homes to employees.

Prior to acquisition, this property was rundown and had an occupancy of only 20%. Over the next two years, we turned the asset around through capital investments and implementation of stronger operating procedures. The asset now stands at a 90% occupancy year round!

Our first foray into the Event Hall business. Initially purchased in the form of an empty building, the event hall has been completely renovated, employs five staff, and facilitates community events year round. Since opening, it has been booked every weekend!

The Hotel located on Fulton Industrial Blvd was essentially shut down and bank owned. In 2018 the business sits at 90% occupancy, employees 12 people and has grown to be a top performer!

Our first foray into the Vacation Rental Business. This business unit acquires top tier residential single family homes in excellent locations and rents out the properties as micro hotels throughout the year.

Intent on expanding into parts of rural Georgia, we opened its first location in Macon, Georgia. This 110 room property was also on the verge of shutting down. In only three short months, it has been fully renovated and sits at 90% occupancy! Economy Hotel loves Macon!

Our second event hall in Macon has two ballrooms to accommodate both large and small events. So far it has seen church groups, weddings, and community events enter through its wide doors and enjoy the elegance of its 10-ft tall ceilings.

We decided to start off 2019 with style by stepping into the interior design business. Former property owners were so inspired by the significant improvements made to their properties, after acquisition, that they often consulted our design experts for their own projects. We look forward to helping others implement a fabulous design for their space!

SGH hits a major milestone with its first purchase outside of Atlanta headquarters, in North Dakota! This 100-room hotel saw its occupancy increase by 75% soon after limited renovations. Situated in the perfect location for tourists wanting to see the North Hostfest and North Dakota State Fair.

Our second acquisition in North Dakota! Soon after purchasing, its occupancy went up by 50% within 90 days. We also reopened the motel for six more months out of the year and repurposed some unused space to add six rooms to what's now our 25-room motel.

Another major milestone struck with the acquisition of Hotel #10! Hard to believe this 150-room hotel in Tennessee had only 30% occupancy prior to acquisition, all the while being located in a metro-geographic area with a population of 1.5M people. Our experienced management took over operations by storm and, within three months, increased occupancy to 90%.

An added bonus to our 10th acquisition was a 3rd event hall, attached to the hotel, with a separate bar and grill. Approximately 1,500 sq of feet of bright lights, elevated platforms, and a fancy dining area for guests inside and outside of the hotel.

Staying true to our vision of acquiring at least one property per year, SGH purchases Economy Hotel, Covington as its 12th extended stay hotel. Our new asset keeps up its charm splendidly as part of the historic Covington Court Square in downtown, Covington. It offers 30 rooms, and is currently at 90% occupancy.

Introducing our third acquisition in North Dakota, Economy Hotel Drayton! This charismatic 25-room hotel is in one of the most picturesque cities nestled along the Red River, and is home to one of America's Crystal Sugar Plants. It's also known as the Baseball Capital of North Dakota for being the smallest town to win state and regional class A titles. 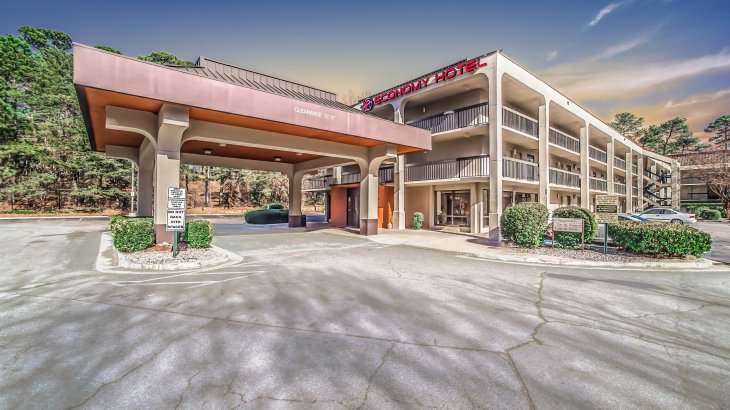 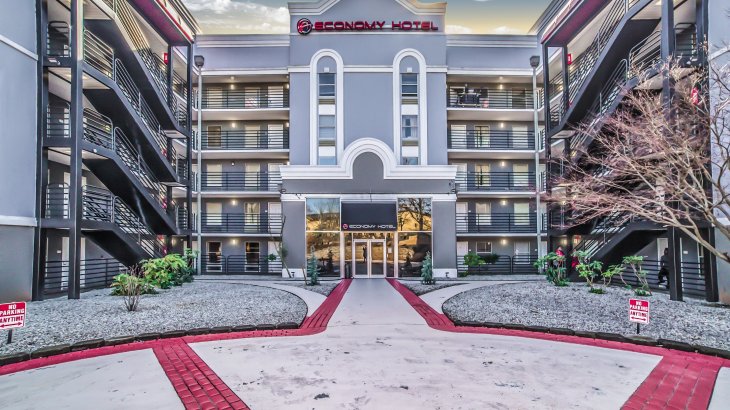 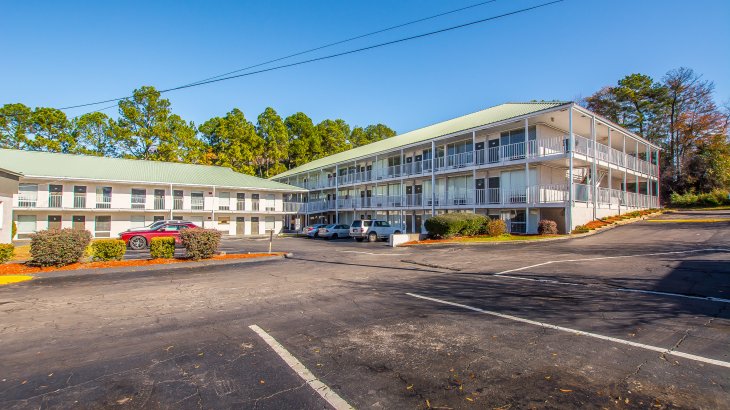 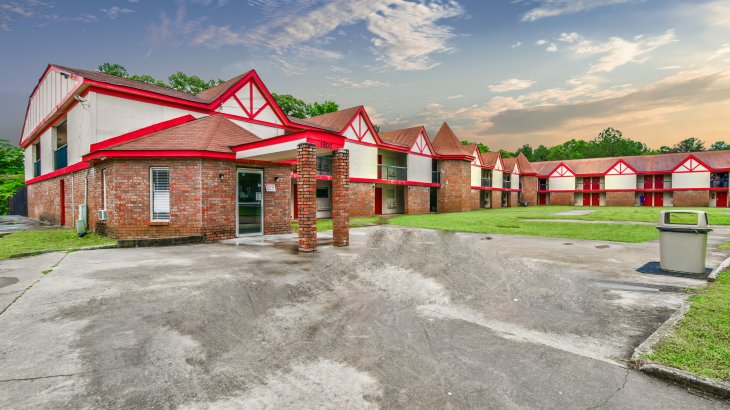 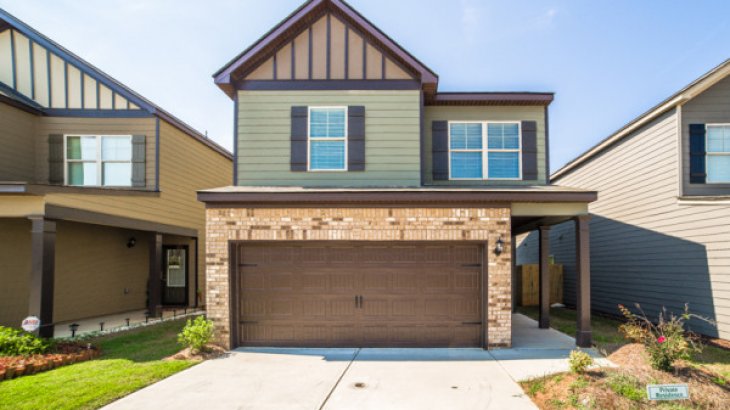 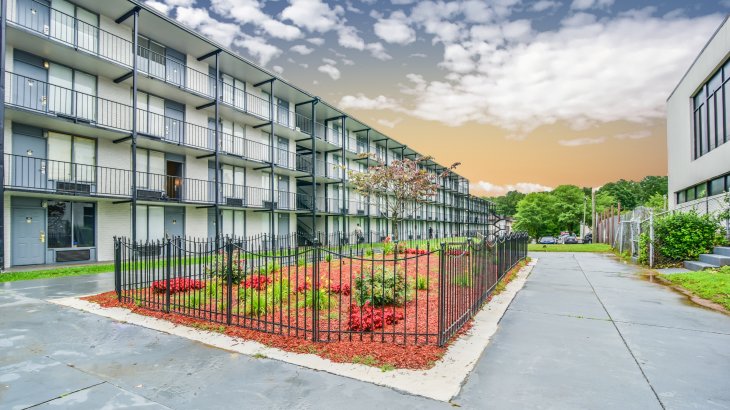 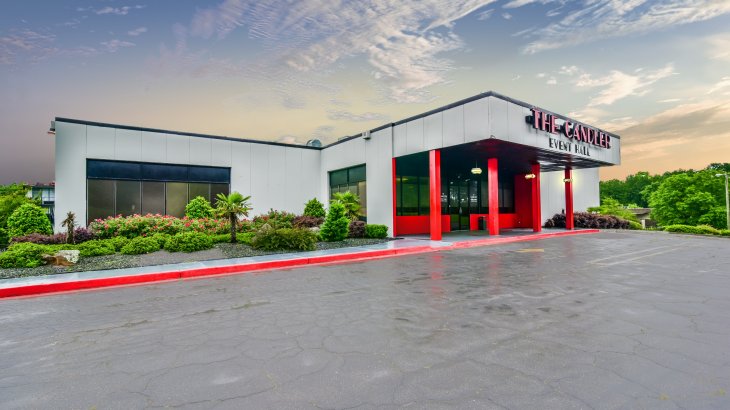 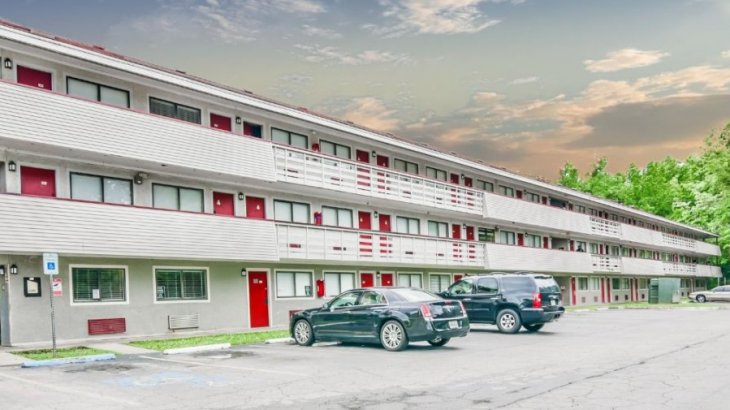 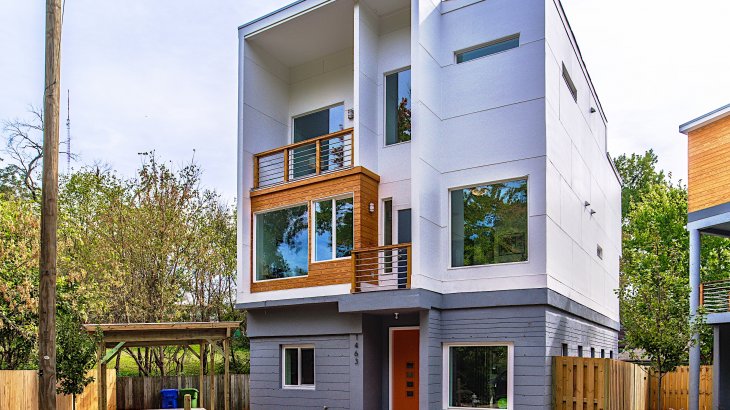 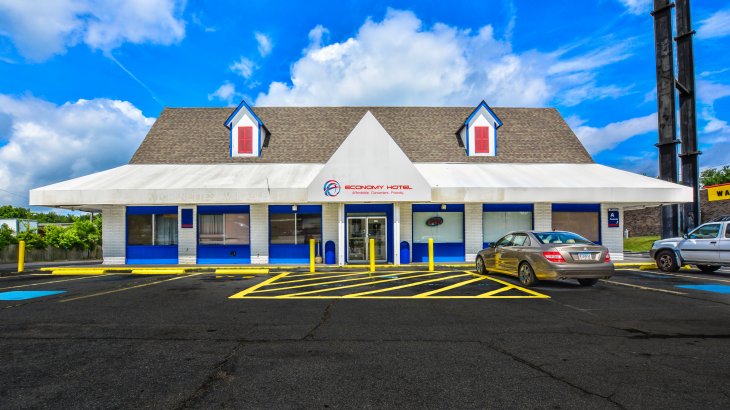 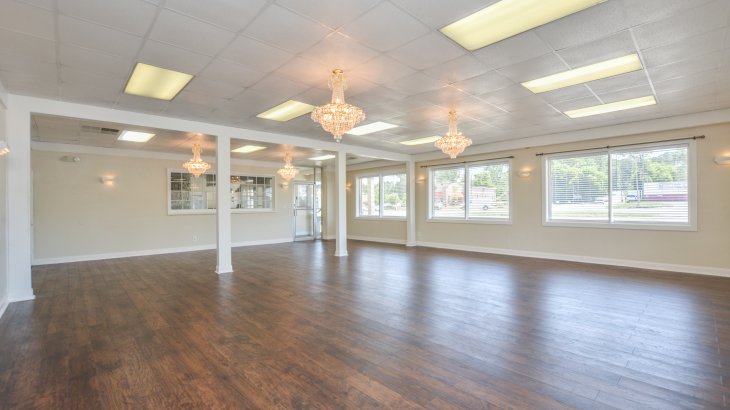 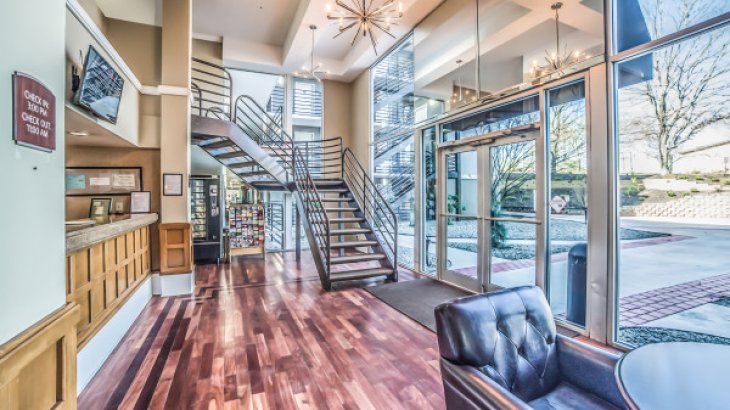 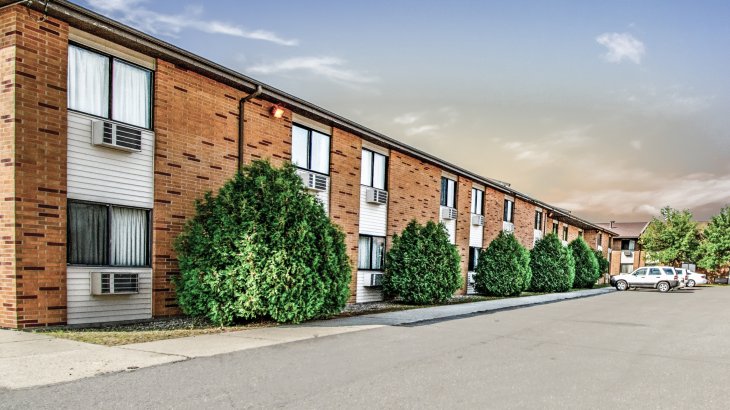 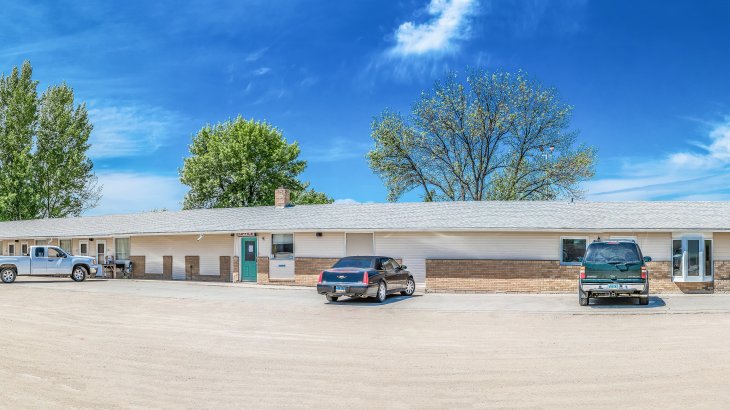 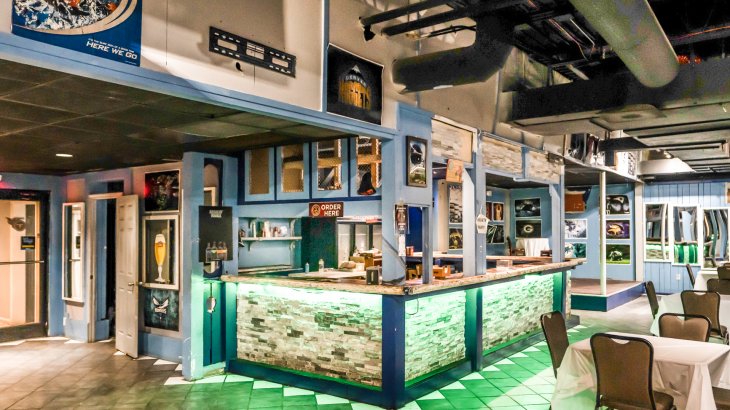 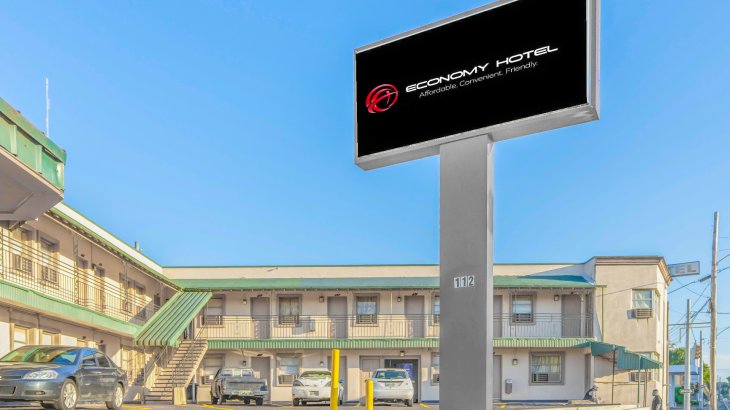 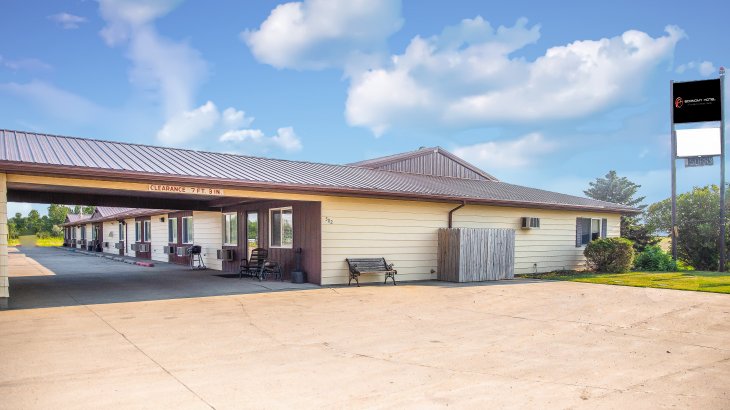 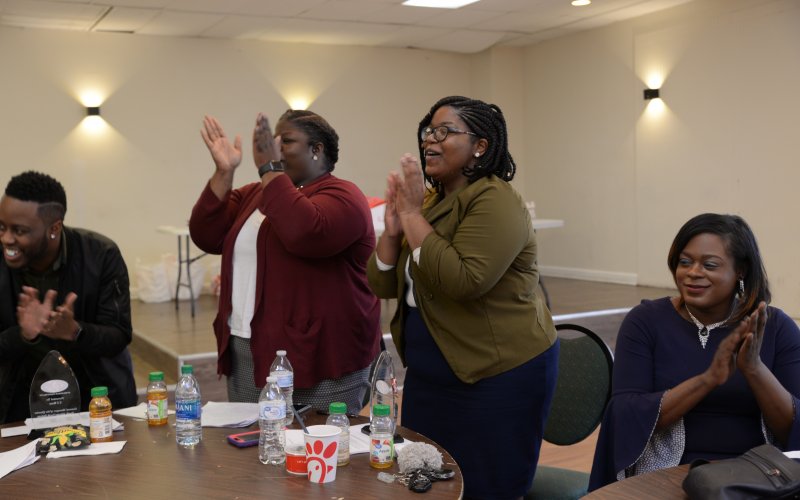 Our team believes in the core values of integrity, strong work ethic and continuous self improvement.

We also would like to make a positive impact on our employees by providing them educational initiatives as well as quick career advancement opportunities within our organization.

If you feel like this might be the right culture for you....fill out an employment application! We are always on the look out for great talents in management, front desk, housekeeping, and maintenance positions.

We look forward to hearing from you!!

Our Customer Spotlight today is on an independent youngling with an aptitude for hard work while keeping his eye on the prize.

Our guest at Economy Hotel Macon, Evan Roberts, 24 years old, was born in Macon and lived in Augusta, Georgia for 15 years. He came back to Macon a few years ago and stayed in a boarding house.

"I came here for the better pricing, and I also have more privacy with my own bedroom and bathroom," explained Roberts.

What brought Roberts back to Macon initially, however, is a much more harrowing story. While studying mechanics at a technical college, he learned his close cousin committed suicide. The news was especially heartbreaking to Roberts, who said his cousin treated him like his own son.

Roberts needed a break from school and had a hard time dealing with his loss ever since. Day by day however, he built his strength back up and now he's back in the game of life, doing what he loves to do, working on cars with his uncle at a local dealership.

He's also living where he likes to live, in an environment where the "workers are friendly and respectful." What he enjoys the most about living at Economy Hotel Macon is its sense of community.

"We all treat each other like brothers, sisters, nieces and nephews. A real family that helps each other out all the time," said Roberts. 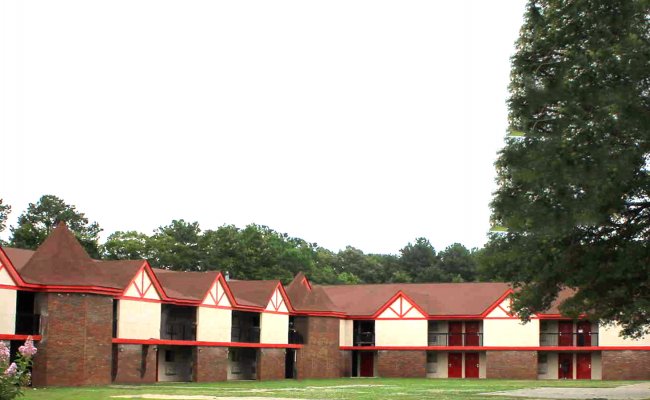 Looking for an investment property?

It is our committment to provide our customers with: Affordable, Convenient and Friendly Accommodations.